James May is a British TV presenter. Best known for co-presenting the motor vehicle show Top Gear, in 2009 he also presented six episodes of the show James May's Toy Stories, where he took six traditional toys and, with the help of armies of volunteers, expanded them to a real-world scale. The fifth episode dealt with LEGO and saw James hoping to design, build and live in a functioning house made from LEGO bricks, with help from professional architects, builders, materials developers and interior designers.

The major difficulty in designing the house was the fact that LEGO bricks are designed to separate easily, making them unsuitable for use in standard building elements such as beams and girders. The designers needed to come up with completely new ways of designing a structure so that the house would hold its own weight, as well as that of its contents and James May himself. Because of the insurance costs, and the unwillingness of any city council to grant it a permit, the house was constructed at Denbies Wine Estate in Dorking, Surrey, with the individual bricks being hand-built by over a thousand volunteers. The finished house consisted of more than 3.5 million bricks and included two floors, full plumbing and lighting, and LEGO chairs, coffee tables, bathroom fittings, kitchen utensils, and a cat, named Fusker after May's own cat. 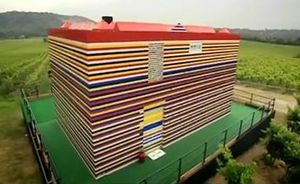 At the end of the show, James held a house-warming party with guests from previous episodes, and then spent the night in the LEGO bed. After the show finished filming, the house was originally supposed to be moved to LEGOLAND, but the expense proved to be too great. With the land needed to grow vines, the house was demolished in September 2009 and the bricks given to charity. 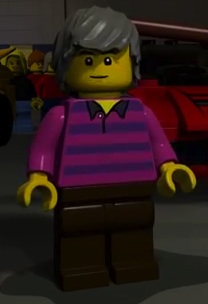