Have news? Report it here!

Images of Series 19 Minifigures are out

Images of 71025 Minifigures Series 19 have been found, revealing a good look at the 16 minifigures in the wave. Check them out below and let us know which one your favorite is!

Happy April Fools, to those of you who were fooled by this :)

In a dramatic move, LEGO has been purchased by Disney. Here's the press release below:

This is a description taken from LEGO.com. Please do not modify it. 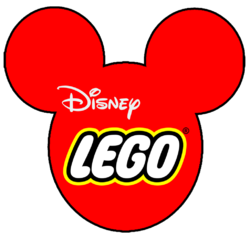 Copenhagen, Denmark, April 1, 2015 – In an effort to expand their range of merchandising around the world, The Walt Disney Company has acquired the toy giant LEGO after a $4.01 billion transaction took place between Disney and The LEGO Group.

"Being a company which produces toys that inspire the imaginations of children all across the globe makes LEGO is a perfect match for Disney", said Robert A. Iger, Chairman and Chief Executive Officer of The Walt Disney Company. "This transaction allows us to combine two of the most family-friendly brands in the world to create a whole new range of opportunities which will undoubtedly benefit both the LEGO construction toyline and the quality of Disney's merchandising."

"The LEGO brand has flourished in recent years, and a good deal of that success is due to our Star Wars and Marvel toylines", said Jørgen Vig Knudstorp, Chief Executive Officer of The LEGO Group. "Handing The LEGO Group over to Disney will make The LEGO Group bigger and better than it ever could have been under its own management."

The LEGO Group has had dealings with Disney since 1999, when several "Winnie the Pooh" sets were released by LEGO. More recently, LEGO has had sets based on The Avengers, The Lone Ranger, and have continued to release sets for the Star Wars line after Lucasfilm was acquired by Walt Disney in 2012. Under the deal, Disney will acquire ownership of all existing products, LEGO stores and LEGOLAND theme parks. The LEGO Group is currently headquarted in Billund, Denmark, and there are currently no immediate plans to change this until an assessment of how well The LEGO Group has been integrated with Disney is carried out later in the year. 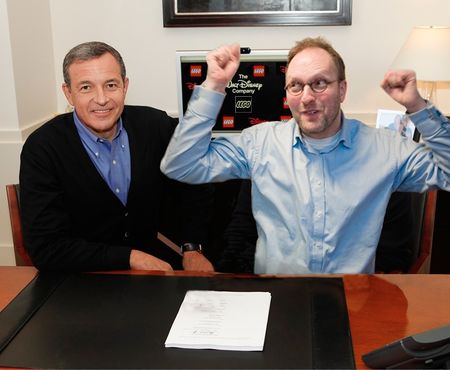 The purchase of the LEGO Group follows a number of extremely successful recent purchases by Disney, including Pixar, Marvel and Lucasfilm, all of which have had their creative content significantly developed and expanded throughout the years.

The Boards of Directors of Disney and The LEGO Group have approved the transaction, effective immediately.

About The Walt Disney Company

The Walt Disney Company, together with its subsidiaries and affiliates, is a leading diversified international family entertainment and media enterprise with five business segments: media networks, parks and resorts, studio entertainment, interactive media, and consumer products. Disney is a Dow 30 company with revenues of over $48 billion in its Fiscal Year 2014.

About The LEGO Group

The LEGO Group was founded in 1932 by Ole Kirk Christiansen and is best known for producing LEGO brand toys. In 2014, LEGO became the world's largest toy brand by market value, and in 2015 was named the world's most powerful brand by Brand Finance.

Due to our existing affiliation with The LEGO Group, we have received an email containing further information about details regarding the future of several of themes. A summary is provided below: 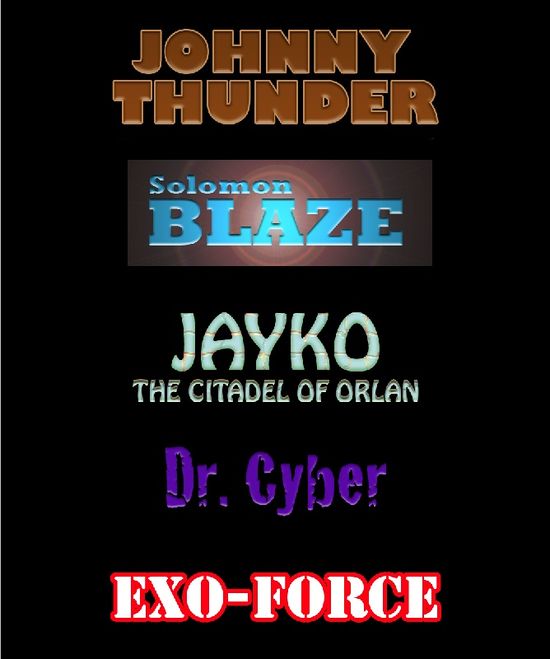 The first movie in the new series, Johnny Thunder, has a tentative release date of "late 2016", with the other films to follow.

In addition to this, a number guidelines have been sent out to affiliated fansites, and as such, a number of amendments will be made to our Manual of Style, coming into effect tomorrow. Please note that editors are currently advised to NOT make any manual edits to comply with these new guidelines, as the changes will be made automatically by our bots and any such edits could interfere with their work. These guidelines include:

UPDATE: As a friendly gesture to the fan community, Disney has also purchased Eurobricks Forums. Read more about it here.

Just2Good continues to share his uncovered set images with YouTube and Eurobricks (and therefore the rest of the internet). They have changed little from the prelims, but better views can now be afforded and final minifigures seen in incredibly grainy shots, enough to excite any DC fan.

Images of 76040 Brainiac Attack, which includes Brainiac, Superman, Supergirl, Martian Manhunter, and Brainiac's skull ship, are still missing. J2G reports that he could not find them, but promises to share either Speed Champions or Ninjago next.

BIONICLE makes its return in 2015

BIONICLE fans rejoice! The popular theme which began in 2001 will be returning next year. Russian site exoforce.ru, which was the site that first revealed the existence of 75014 Battle of Hoth back in 2012, has posted a list of sets which has some very familiar names. The full list of sets are posted below (please note that these are translated from Russian):

Images of many first-wave 2014 sets have been posted on tamayk.com, including Star Wars, Super Heroes, Disney Princess and more. These images can't be found by doing a search on the site, but using a search engine like Google should bring some results. This is a German site, so some words won't work. These will not be posted here, according to our policy with not posting confidential images on this site.

Thanks to Eurobricks member Mesonak for the news.