DUPLO is a theme, intended for children aged 1–5 years old, and was introduced as a brand in the year of 1975, though the name and the blocks had already been around since 1969. The three forms of minifigures, or DUPLO figures of the DUPLO are more sizable and stable,[1] and the blocks are about twice the length, width, and height of their equivalent System brick and half the length of a QUATRO brick.

DUPLO essentially replaced the Jumbo Bricks line. Unlike Jumbo Bricks, System bricks can be stacked on top of DUPLO bricks.

The first DUPLO bricks and the name DUPLO appeared in the year 1969[2] There were originally four colours; Red, Yellow, Blue, and White. They were designed to connect more with System bricks than the newer DUPLO bricks of recent years. The bricks were 18 times the size of a regular system brick. They were released in sets 510, and 511, both with System bricks. They were considered to be System-Duplo sets, aimed at younger children. This was the beginning of the LEGO Group's products for the younger market. Two more sets were introduced the next year, adding new blue and red wheel plates. The sets were designed for 1 to 2-year-olds, but were continued to be mixed with System blocks.[3] In 1972, the first 2x2 studded brick was introduced.
When Duplo/Pre-School sets were introduced in their final form in 1969, the first DUPLO sets had a green LEGO logo. This logo was short lived, and by 1971 new DUPLO sets were introduced that used the red LEGO logo, and the text 'DUPLO' in green on the box'.

The original DUPLO logo, used since 1978

In 1975 DUPLO became an independent theme, with five sets made up exclusively of DUPLO bricks. In 1977, the decision was taken to rename DUPLO Preschool. In the Preschool range, new DUPLO bricks were introduced, including arches and the first DUPLO figures, which did not have movable limbs.[4] In 1979, the theme was returned to the name of DUPLO, and received its logo, a rabbit designed in a style similar to PRIMO's elephant.[5]

In 1983, DUPLO Figures were similar to their current design, with moveable limbs. They were more like larger minifigures than their predecessor, minus the ability to be taken apart, due to their target audience being young children. It also saw the first DUPLO Trains, and the DUPLO Baby series.

1992 saw the introduction of Toolo, in which screws where used to keep pieces together.

In 1993, a grey-train rail system, 4.5v arrived. Since then there have been two others. Only two motorized sets were released in the DUPLO theme. In 1995, DUPLO Primo was launched. (DUPLO Baby in America) On the first of January in 1997, Primo and DUPLO were officially renamed LEGO DUPLO and LEGO PRIMO. 1999 saw licensed sets introduced to DUPLO, with Winnie the Pooh

In 2001, DUPLO released Bob the Builder sets, which have since become one of the longest running licensed themes.

In 2002, the name was once again dropped, and the theme combined with LEGO Baby to form Explore, which tried to encourage children to explore life. In late 2004, however, Explore ended and DUPLO was once again back.

2005 saw the introduction of Thomas and Friends DUPLO Train sets.

In 2010, a deal with The Walt Disney Company saw the return of Disney characters in DUPLO sets, unseen since Mickey Mouse. Toy Story and Disney Cars all saw several sets released. Disney Cars has been released in Duplo and Lego sets.

With the success of the Friends line added more female characters and girl based sets in 2012 which is continuing to this day. 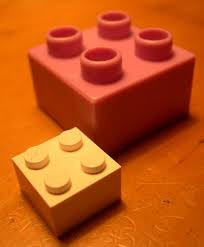 Like System, DUPLO also has subthemes released. These are often juniorized versions of System themes, like Pirates and Castle.

Dacta or Educational DUPLO sets are those released under LEGO's educational brand, Dacta. They are often designed for schools and include things like LEGO tables.

DUPLO Town sets were introduced in 1978. The sets ranged from fire and police to circus and race related sets. From 2004 The LEGO Group has used the name LEGO Ville for all DUPLO Town related sets.

Playhouse sets were introduced in 1979. The sets cover scenes from houses or single rooms to furniture sets for DUPLO Figures.

DUPLO Train started in 1983 and is still active today. Thomas and Friends sets can be considered part of this theme. There have been three track varieties so far.

Baby was a theme that produced Baby toys. In 1995 it became Primo until it became separate of the DUPLO name in 1997 .

In Toolo, the pieces where held joined together using tools, like a screwdriver. 14 sets were released. A car based version, Action Wheelers, was released after Toolo ended.

DUPLO Primo was the step in-between Baby and Primo. Four of the sets released in this peroid were Stack 'n' Learn sets.

A prehistoric based theme, Dinosaurs ran for two years. This theme was continued as Dino ten years later. Included were Dinosaurs and Cavemen.

Little Forest Friends was based on people who lived in a forest and what goes on in their lives. It contained twelve sets, including a story book.

Action Wheelers was a construction based theme similar to Toolo, focusing on building vehicles in a similar manner. When Explore was formed from DUPLO, it became Explore Logic.

One of the longest running licensed themes, Bob the Builder is based on the British children's TV show of the same name. It mainly featured the vehicles from the show. It became part of Explore when it was formed in 2002 and when DUPLO returned, Bob the Builder also returned with it.

Dolls was a 2001 attempt to get into the Doll market. There were nine regular sets available.

The theme of three sets, Zooters featured three named creatures. The theme only lasted a year.

Castle was split into two different types. The two groups of knights similar to System Castle, and the Princess Castle sets, aimed more toward young girls.

Two Ferrari DUPLO sets were released in 2004. They were similar to System releases.

LEGO Ville is the DUPLO alternate to City. Prior to 2004 all police, fire, construction and other town-related sets were released as part of the DUPLO Town theme.

Farm was a theme based on farm life and animals. It was released before the City Farm sets.

Four sets were released in the DUPLO equivalent of Pirates. The sets mainly contained ships.

Dino was an remake of the Dinosaurs theme from ten years earlier. The theme had twenty sets featuring different types of dinosaurs and DUPLO Figures.

Toy Story is one of three Disney licensed themes for 2010. The sets seem to be based more on the latest movie, Toy Story 3, then the other two.

Cars is a 2010 Disney licensed theme based on the both Cars and Cars 2.

Disney Princess is a Disney licensed theme based on the stories of some of the most famous princesses.

Jake and the Never Land Pirates[edit]

Mickey Mouse & Friends follows the adventures of Mickey and his friends having fun.

LEGO have also made other themes aimed at the younger children market.