With a series titled like this, you'd probably expect BIONICLE to come along with its recent cancellation. But nah, let's go back and complain about Hero Factory. Because that's what a lot of the constraction community is doing, y'know. Except, instead of complaining, they are looking back and saying "Hey, that wasn't such a bad idea after all." Funny how that works.

I'm not the high sci-fi type. I lean towards Fantasy, which is why I love BIONICLE for managing to blend that mysticism with a healthy alien feel. Also why I lean towards Ninjago, Chima, and Elves over stuff like Nexo Knights. I want to say that it's just the word "Factory", that it has this terrible connotation of something manufactured which just isn't attractive. But that can't be it, because like an angelic chorus, I hear this in my head: 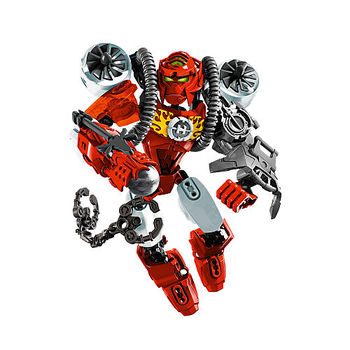 I think, then, that it must rest on the pairing with the word "Hero".

That whole premise just feels off. Or, at least, I think so. You've got this factory mass-producing superheroes and "they are moral, we promise. They will protect you. :)" Which, I wouldn't ever expect (or suggest) that LEGO explore those ideas, but you know? I've seen some counterarguments that BIONICLE had that whole catch where only Matoran could only become Toa if they are destined too, which, yeah, will probably come up in "What's wrong with BIONICLE? pt. 7 of 20", but even if that is objectionable, this is sort of creepy. Kind of makes you wonder about the specials where you've got Evo smashing eggs and then the Alpha Team causing a cave-in to exterminate an entire species which was attacking the surface based on a misunderstanding.

But, you know, as people have pointed out it is pretty cool how open the world is. An entire universe of monsters and villains. Anything you came up with could practically be canon, but there was still room for LEGO to tell their own story in order to get kids on board. Not like "Here's some Monster Fighters and some monsters for them to fighter. Make fun!" or "The Earth falls apart when they burp or something. You can collect them all!"

And you know? The sets really don't look that bad any more. Almost the entire Breakout wave looks pretty good, for one. And then Invasion from Below and Savage Planet have some cool stuff. But, I kind of don't want to talk about the sets. Overall, they were fine. I see pieces that are useful, colors that are colorful, prices that are reasonable...sure, there are some missteps, but on the whole? Nothing really wrong.

And if there is nothing wrong, then there isn't much for me to say here. \_O_/

But, when Hero Factory was announced (and through most of its lifespan) I was apathetic. After all, this was BIONICLE's successor. At least in the plastic. I thought that the idea would be, following BIONICLE's twisted knot of twisted nots, that the idea would be a bare bone story for constraction with a system theme (Atlantis's successor, which ended up being Ninjago) getting the (still comparatively simple) story treatment. But what prompted this article, actually, is that that assumption wasn't true. At least not in one point at development. 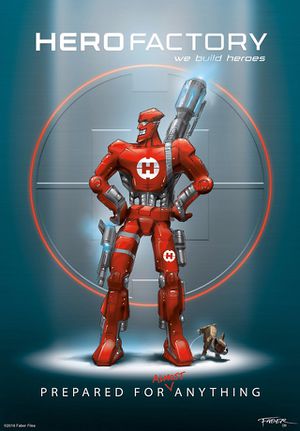 I see secretion, not secrets

Christian Faber recently shared (and removed; not sure if I should be referencing it :P ) a post about Hero Factory's development. "Having worked on both Bionicle and HF from the very beginning I can tell you that the work that went into creating the HF universe was much more deep than the early foundation of Bionicle."

I mean, I probably wouldn't call BIONICLE deep, but you know, it was an allegory for fighting cancer, mixed magic and technology so that even I could palate it, actually killed off good guys, and had that world-breaking twist.

"A last note is that Hero Factory was only meant as a location springboard into this vast story universe and the story was meant to get much more personal when the real truth about the factory was discovered. The idea of a factory that builds cocky heros made to specifications was actually a provocation to the whole legendary hero story we had told in Bionicle. The real hero would be found somewhere else...:)"

What the heck is this? The real hero doesn't come from the factory? That almost sounds like what I was talking about above (except not creepy). This is what I was talking about with Nexo Knights. Self-awareness. You don't have to be "oh my gosh technology is the devil!" (that might actually be a topic for another time because I am afraid of how I come off when I say things like "oh my gosh technology is the devil" even if I'm clearly exaggerating. Ahem....) but just questioning your premise. Questioning your characters' worldviews in ways that are actually interesting; not just limiting their brunch options.

But, in the end, that's not what Hero Factory was. And really, that's okay. I don't feel like it had to be anything grand. All of this teasing about universes wide open and being deeper than BIONICLE is great, but that's not what we got. Just a B-theme. And that's okay. It held the fort down. It did its job. Sure, maybe it was dripping with a hidden potential that I never noticed until now and wasted it on some not-good specials, but it just seems like a "whoa, cool!" Like when you realize that your favorite show growing up makes a reference to something you are reading in school and you buzz with what this means in the bigger picture. You can appreciate it in a new way. What else am I missing? What else is hiding? What else can my imagination grow?

I won't miss Hero Factory , but I will remember it as a theme which seemed to be content with what it was, and with things like Legends of Chima and Nexo Knights striving for greatness only to fall short, Hero Factory is kind of refreshing. Especially now when it looks like it could have been a hidden powerhouse or sleeping giant if it wanted. And for that, Hero Factory, I salute you. You were okay.

If you would like to read Faber's removed post (I feel so bad l_l ) in full, you can do so here.

I skimmed because I know nothing about Hero Factory, but the issue with the title and the factory bit you mention is because the typical notion of heroes is that they aren't made. The usual narrative is that someone had the hero in them all along.

Great and insightful article Berry! I never paid much attention to Hero Factory, viewing it as inferior to Gen 1 Bionicle, even though in hindsight it actually paved the way for a much more complex and intricate CCBS system. So yea I do miss HF now, but not as much as Bionicle.

I'm not really sure what to feel, Hero Factory was a cool theme but honestly I don't feel as if it did justice to it's long-lived predecessor, BIONICLE. The only thing I disagree with is about your comment on Faber's description, I think it's actually pretty interesting about the Factory (IMO), just thinking the fact that it has some hidden secrets that haven't been revealed yet makes me actually want to read about it and what has currently been published public :) Like i don't know, maybe it could've been a hidden powerhouse or a sleeping giant like you said?