LEGO Rock Raiders is a game based on the Rock Raiders theme. There are two games with the name, on two different systems.

This is a description taken from the back of the games case. Please do not modify it. Stranded in orbit around an uncharted planet, the crew of the LMS Explorer is faced with the challenge of establishing a base camp beneath the planets surface.

Your mission is to take command of the Rock Raiders team and navigate the Rock Raiders' vehicles through 29 exciting missions. Explore underground caverns in 3 different types of terrain - Rock, Lava and Ice - in a quest to mine enough Energy Crystals to re-power the LMS Explorer and get the Rock Raiders back home safely.

The PC game is a RTS similar to Dune II, and was the first video game for the Rock Raiders theme. The game opens with optional training missions and one "real" mission unlocked. Most missions require the player to collect a certain amount of Energy Crystals. The required number of

Energy Crystals during missions starts low, but gradually gets higher in later missions as a result of increased workload. Some missions require the player to locate fellow Rock Raiders that have been trapped in landslides, or to find certain pieces of equipment and bring them back to base.

At the end of each mission, Chief evaluates the player's work, examining various aspects of the mission. With all these taken into consideration, Chief gives a mission rating percentage.

There are twenty-five missions in total, with each of them taking place in either a rocky, volcanic or icy cavern environment. It is not necessary to complete every mission with 100%, or even complete all the missions, to complete the campaign.

The website www.rockraidersunited.org is a fan site of the LEGO Rock Raiders PC game. Members of the site post modifications of game levels on the forum and create new Objects for use in the game. 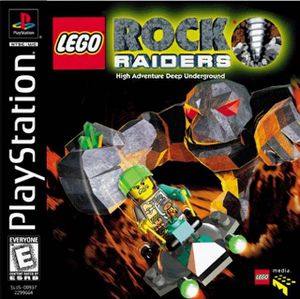