Cookies help us deliver our services. By using our services, you agree to our use of cookies. More information
Navigation
Actions
Reviews
Fan space
ShoutWiki messages
Wiki tools
From Brickipedia, the LEGO Wiki
(Redirected from Brickipedia) 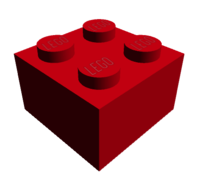 Brickipedia, located at en.brickimedia.org, is the internet's largest LEGO wiki, and was founded on January 29, 2006. Brickipedia's goal is to provide a free online encyclopedia on everything LEGO, created and maintained by a community of users just like you. More than 17 years after it was established, Brickipedia has reached a size of 30,104 articles, and has 4 active users right now. Originally hosted at Wikia (now Fandom), Brickipedia moved to an independent server for a few years, before moving to ShoutWiki in 2017.