Emmet's Car is a promotional The LEGO Movie set released on February 8, 2014 at a LEGO Movie Building Event taking place at Toys "R" Us stores in the United States. The set contains 42 pieces, and instructions for one alternate model. Another variant of Emmet's car was included in 70818 Double-Decker Couch.

Emmet's car is a two-door hatchback city car featuring a white body with black accents. The car has two functional side doors that allow for a minifigure to be placed into the vehicle, a steering wheel, and two rear-view mirrors on both sides of the vehicle. The rear of the vehicle is open so that objects can be placed into the trunk. The car is large enough for one minifigure to fit inside. Only 40 of the pieces are used in the Emmet's Car model, while the extra two are used in the Emmet's Fly Car alternate model.

In 70818 Double-Decker Couch, the car has a slightly different build, featuring additional details such as a radio on the dashboard area. 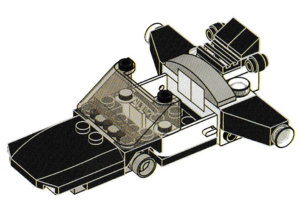 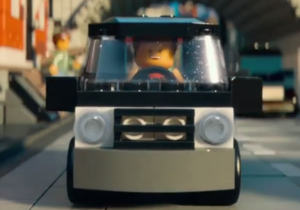 Emmet driving his car to work in The LEGO Movie

After Emmet starts his daily routine in his home, he gets into his car and drives to work. In his car ride, he listens to "Everything is Awesome!!!", a song by the indie rock duo Tegan and Sara, featuring The Lonely Island. On his drive to work, other minifigures can be seen driving the same car.