Following the rest of the 2015 set image reveals recently, we now have official images of Speed Champions! This new theme interested me from the time I saw the rumoured set names, but concerned me when I saw the rumoured prices for each as I didn't know how much detail and accuracy to expect from some of the lower-priced sets. Good thing is that after seeing them, I'm not disappointed.

The biggest surprise of this theme is that it's minifigure scale. Due to the lack of them in most Racers sets, I didn't expect minifigures to be a part of this new theme. It's not entirely a bad thing however. Initially I was expecting larger-scale models of each car with lots of detail and accuracy at a higher price point, but turns out they're still pretty nice at this smaller scale. 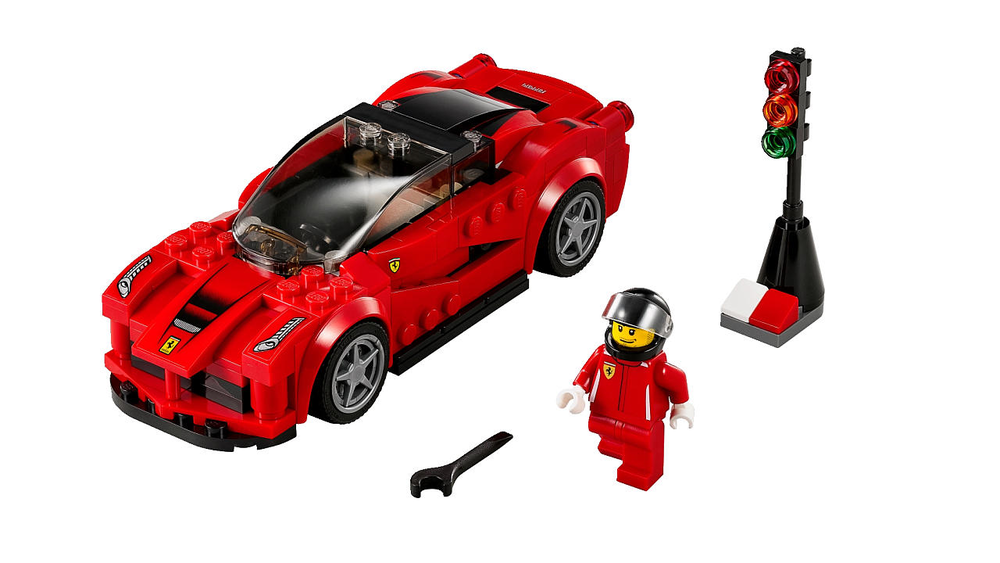 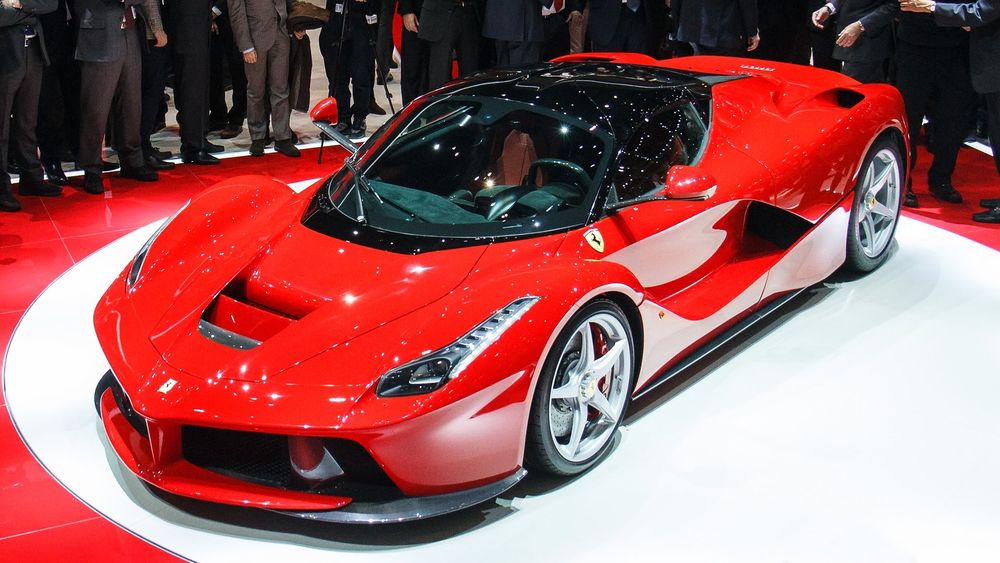 When I saw that this set was only rumoured to be approximately $20 USD, I was worried that a lot of the details would be lost due to the size/price restriction. It turns out this wasn't the case, at least not for the most part. The front end doesn't capture the car's actual look quite perfectly, though it's not unrecognisable. The sides however were captured very well, which was something I didn't think would be doable at such a small scale. The only thing I see that's a notable characteristic of the LaFerrari that is missing in the set is the mirrors, however that's definitely something I don't see feasible at this scale. 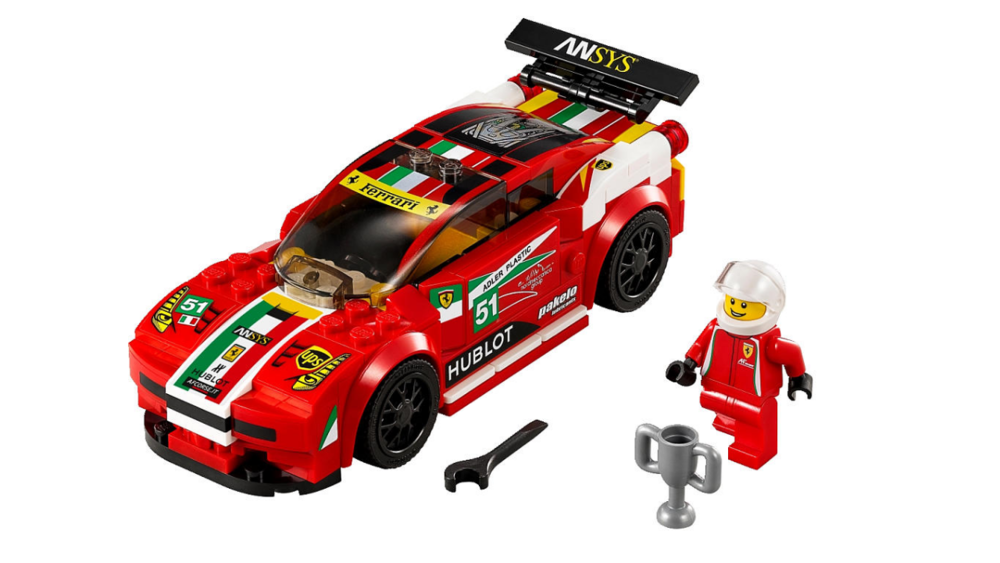 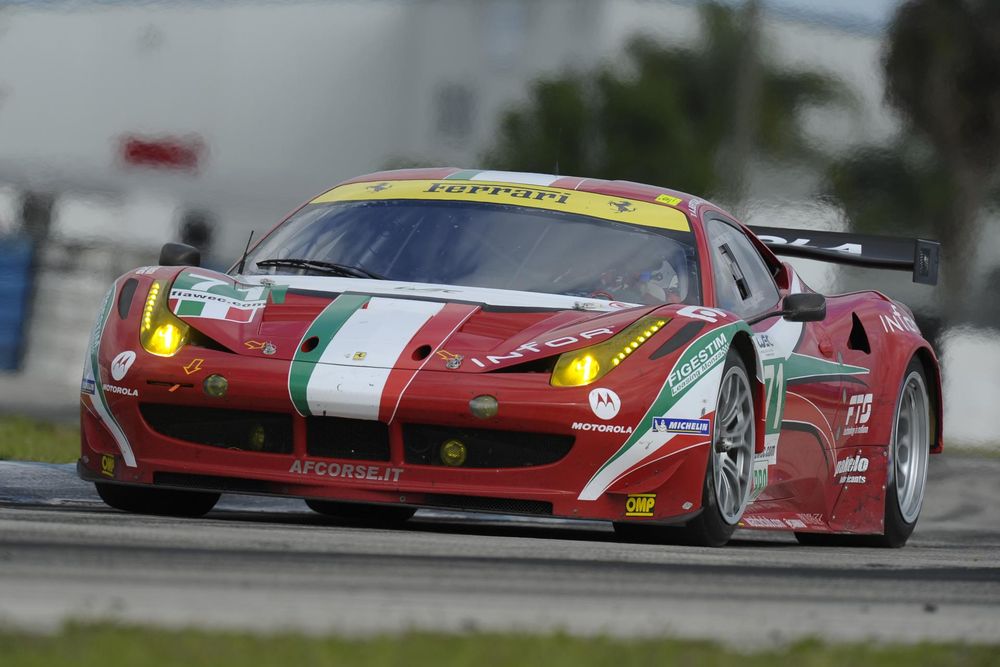 This is one that I'm a bit confused about; not because I don't see a need for it as a set, but why they chose this one. Personally I think they should have just gone with the standard 458 Italia, where they wouldn't have to worry about different colours to represent the decals on the GT2. Either way, they did an okay job on the design. Like the LaFerrari, the front end isn't perfect, and doesn't capture the exact look of the car as well as they could at a larger scale, but this is the best I can see them managing at this scale. This set is also pretty heavy on stickers, but I don't think I'll mind too much. Doesn't seem like there are any stickers across multiple pieces though, which is good. 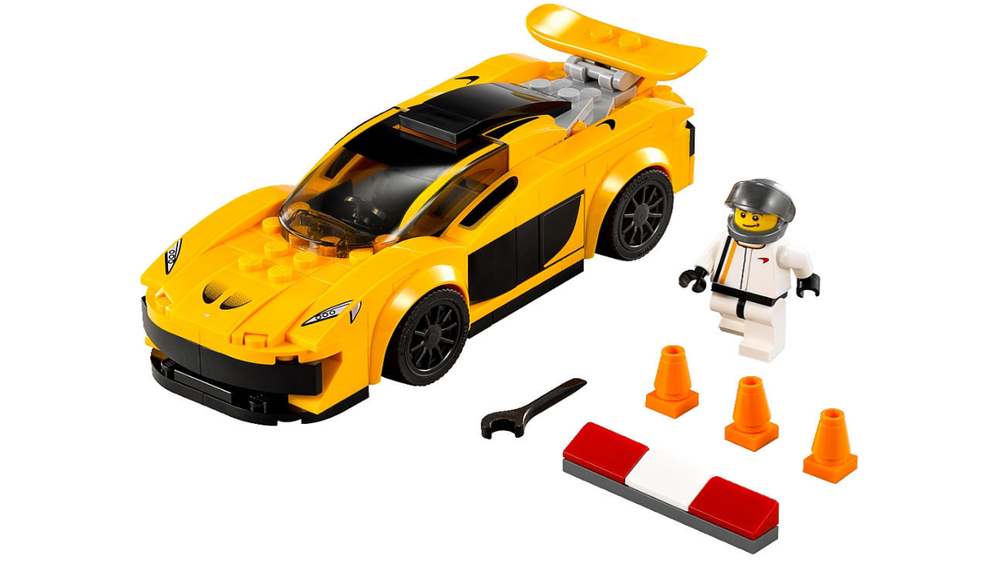 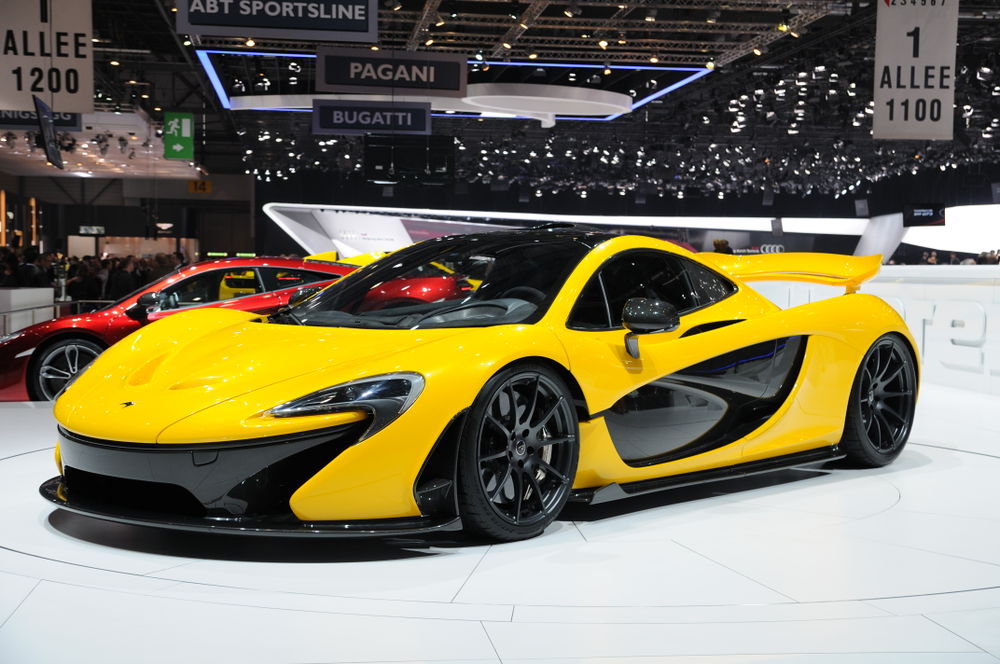 This was the first set name I saw when the rumours came out, and was the one I was anticipating the most. When I saw the price however and had no hope that they'd be able to get the right detail. I must say it's better than I expected, but it's still not as good as I had hoped (though I was hoping for something at least at 1:18 scale). Given the scale, the front end is pretty good, but honestly I wouldn't have even attempted making a model of the P1 at this small of a scale. I also feel like the sides of the car are a bit lazy compared to the LaFerrari, which also has some elaborate geometry across the side of the car. I feel like they could have done something more along the lines of the LaFerrari's side on this model of the P1. It's nice that they did this though, and the colour choice was great. It's just unfortunately the least detailed of the cars in my opinion. 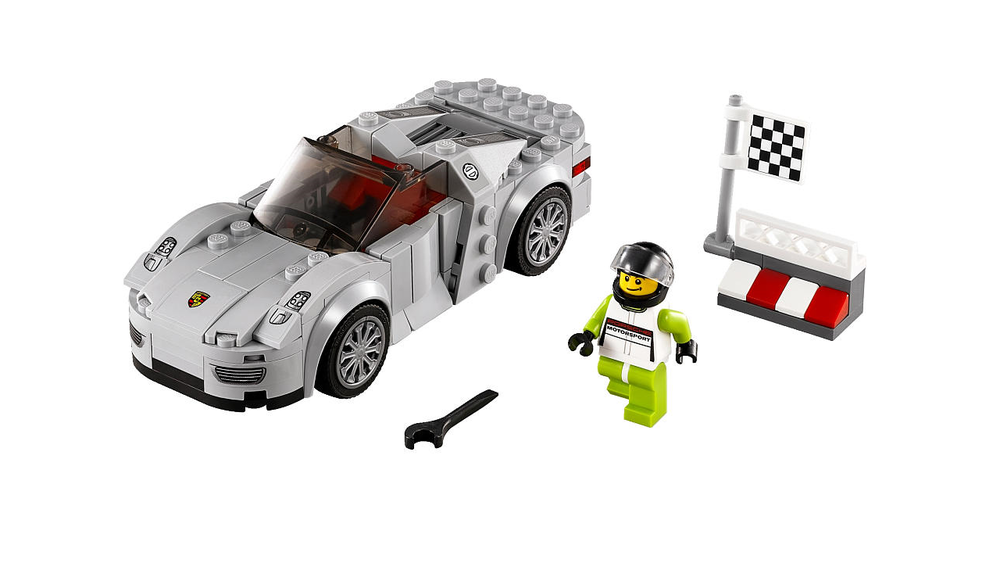 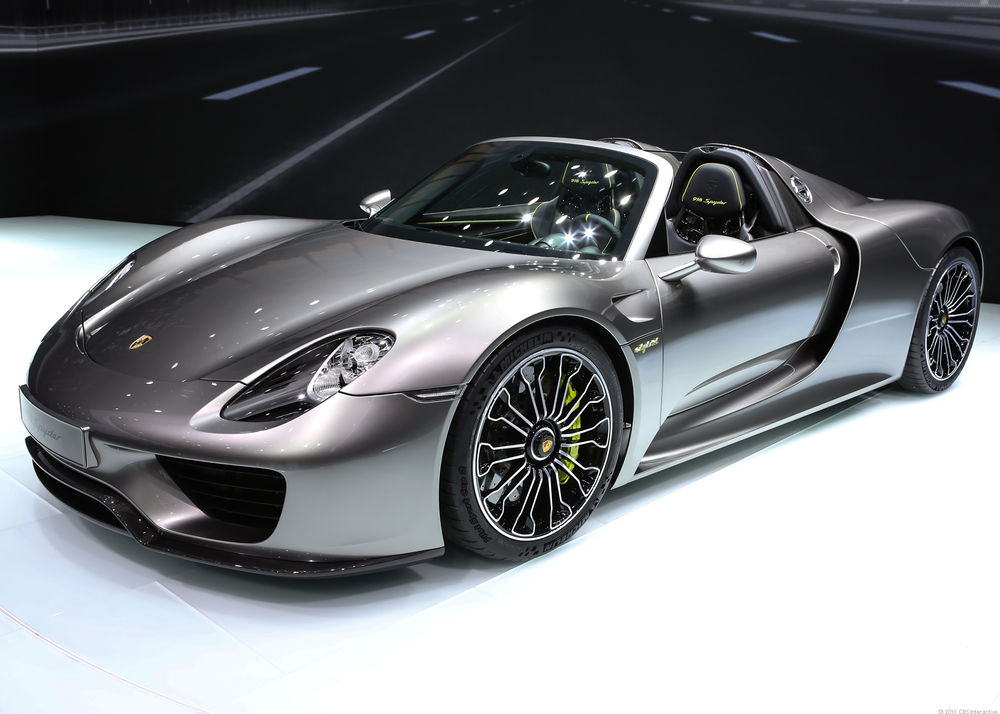 I have mixed feelings on this one. I love the car, and the model is pretty spot-on, it's just that it seems like less effort was put into the design of it. The geometry on the front grille is pretty basic, and I feel like they used stickers lazily rather than using pieces to recreate the car's geometry like they did on the others. The front fenders and hood are done well at least. The back of the car leaves a lot of studs showing, which I normally don't have a problem with, but on a car that's design is slick and aerodynamic, it doesn't feel right here. Additionally, the interior is lacking, which is a problem with doing any Spyder at this scale, since it leaves the boring interior exposed (when really the actual car has a rather nice interior). I do like that they made a custom mould for the 918's unique wheel pattern however. 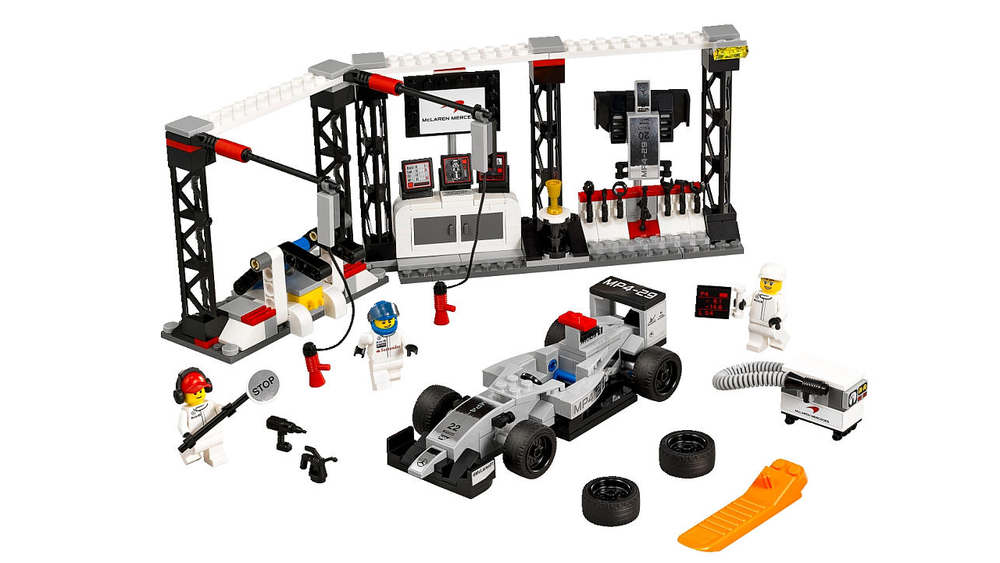 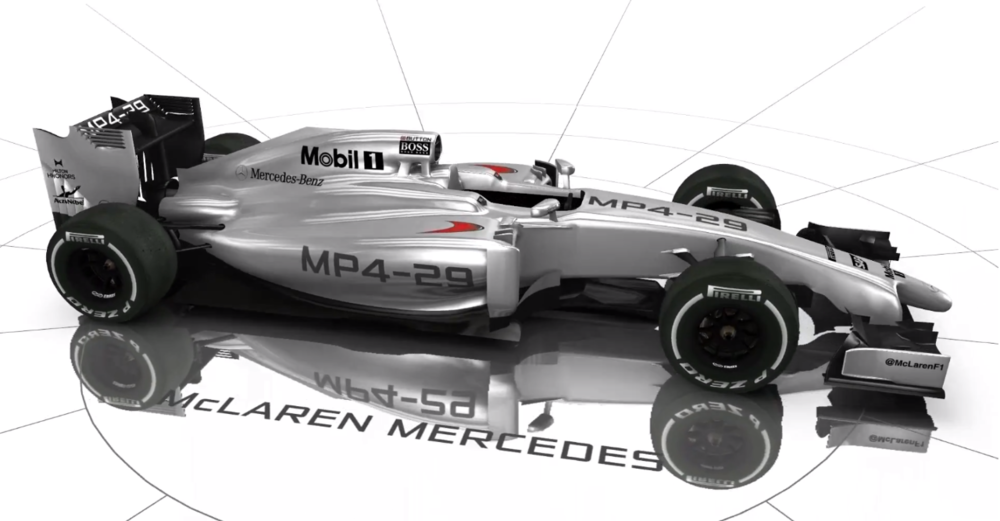 The "playsets" of this theme don't interest me as much as the cars listed above, however at least I do like the variety in them. This McLaren Mercedes Pit Stop is packed with features, which could be pretty fun. Aside from that, I don't have anything else to say about this. 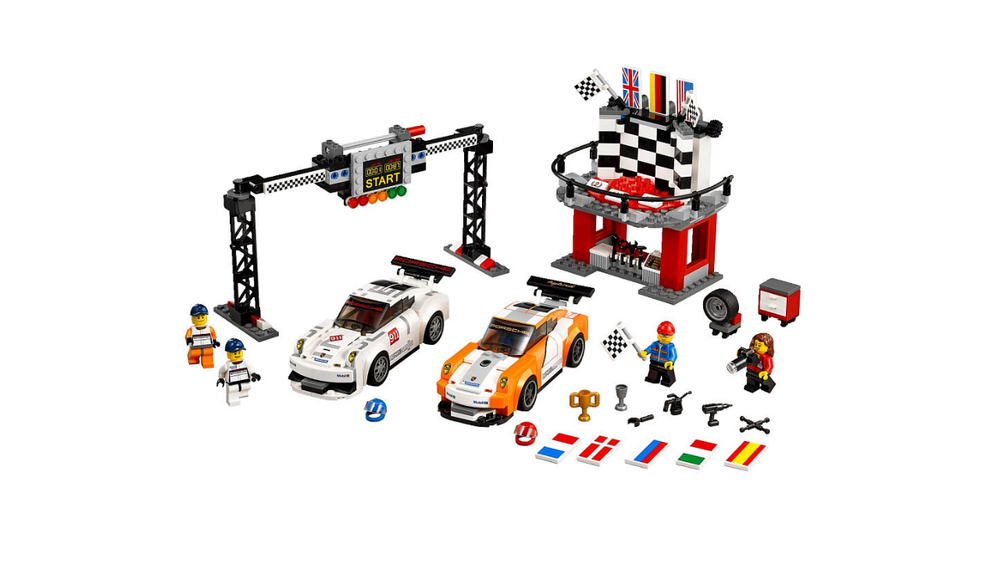 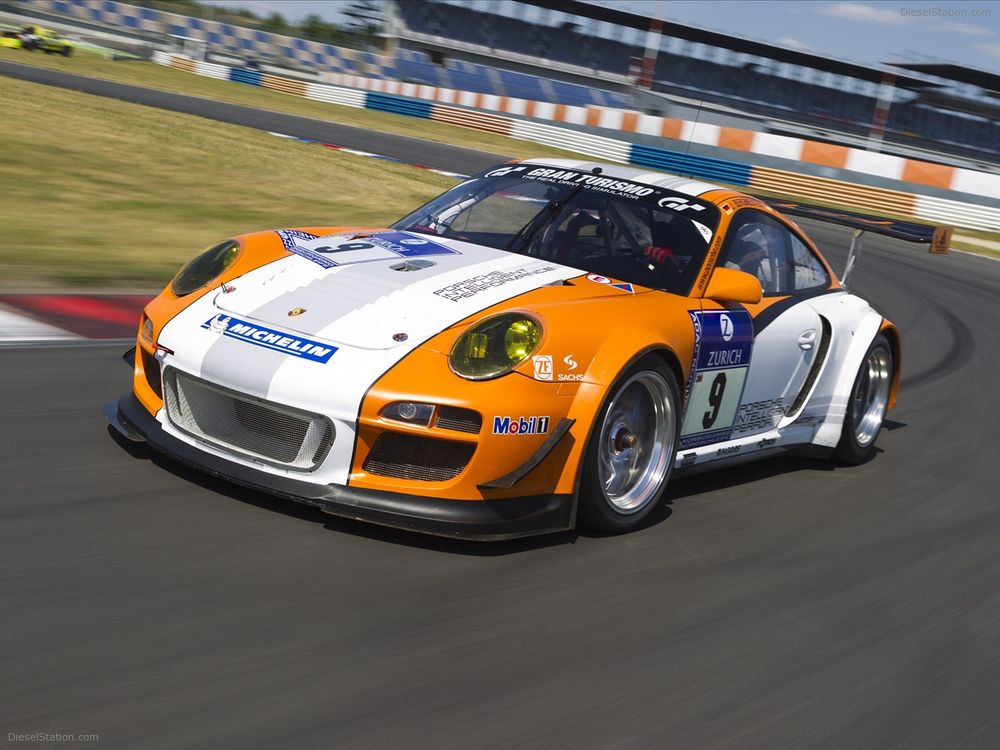 This is definitely a nice playset all around. The 911 is an iconic car that finally gets recreated in LEGO form. Not only does it feature two cars, but the structural part of this set definitely looks more "solid" than the McLaren Mercedes Pit Stop. There's also a wealth of accessories here, including flags for various countries to represent wherever you want. I can see these flags being a popular item on Bricklink since flags seem to be a common item people order from custom brick printing services. If I only end up getting one playset (I guarantee I won't get just one), it'd have to be this one though. 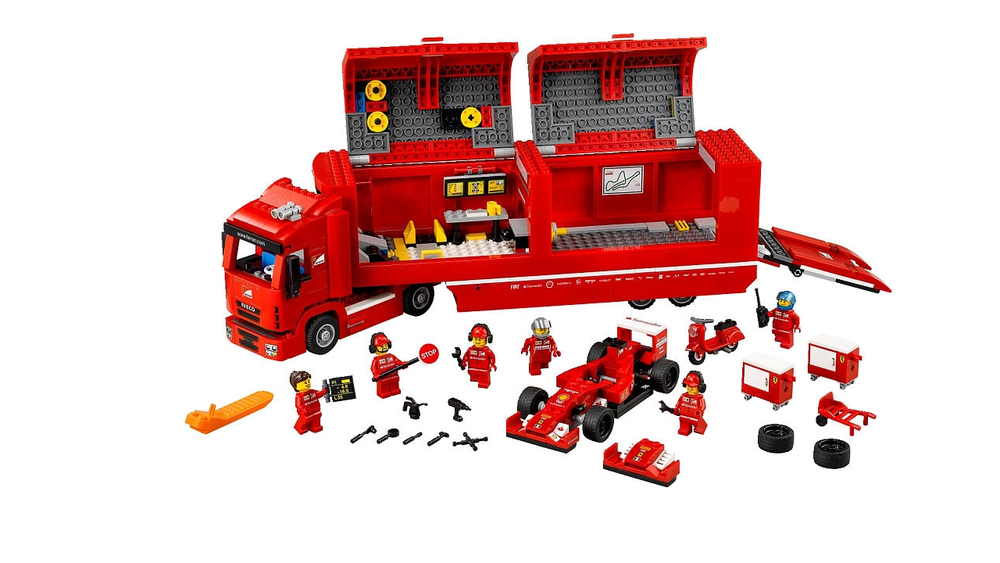 Even though we've gotten several Ferrari hauler sets before, this one is definitely the best. Not only is the design of the truck much better than previous ones but it's also much nicer in terms of how it works and how you access the inside. This is also the best truck cab I've ever seen LEGO put out at minifigure scale. This set also is loaded down with accessories, and has a large assortment of Ferrari minifigures.

Overall, these sets surpassed my expectations after I saw their prices before we had pictures. Even though I was hoping for larger-scale models, these are still very nice and something that I look forward to buying. Hopefully we see more of this theme with other iconic high performance vehicles in future waves. Another thing that would surely be great is, with these new licenses with McLaren and Porsche, is if the various large-scale model car projects on LEGO Ideas would pass and be able to be made while LEGO has these licenses. One can only hope...

what are the pricepoints for these?

We've received prices for Germany and New Zealand so far:

I thought news articles are supposed to be from a neutral point of view?

Aside from that, great article and I suppose I'll have to pick up one or two of the cars. 2015 is going to be an expensive year for me.....

I wouldn't be surprised if that were something we'd see in a future wave. Personally I'm not that big of a fan of the Veyron and I think it's overrated, but there's probably enough interest and it's recognisable enough that if LEGO can get the rights to put Bugatti's name on it, we'll probably see it as a set.
Permalink
You are ignoring the author of this comment
Show comment | Manage ignore list

I like them, mostly. The detail that bothers me is the rear end of each - they're all a bit long behind the rear wheels.

I'm not much of a car person, so I'll probably skip these, but I really like the new windshield. They seem expensive to me though.

Good job on the article. We should do analysis more often. I did suggest editorials a while back, but I think that was forgotten like everything else we bring up in forums. Ah well. :P

I am in love with these, absolutely need!