2162 Hydro Reef Wrecker is the largest Aquaraiders set that was released in 1997. 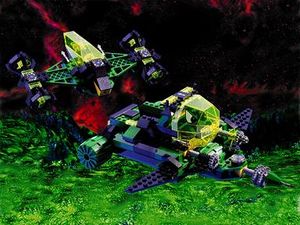 The Aquaraiders, oblivious to the battles of the Aquanauts and Aquasharks, destroy Reefs and Natural landmarks in their greedy hunt for Crystals.