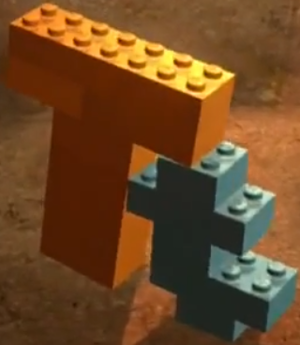 TT Games group is a large British video game developer and publisher. It is made up of three divisions, Traveller's Tales, TT Fusion, and TT Games Publishing.

TT Games Publishing is based in Maidenhead in Berkshire, England, and is the only publisher to specialize in computer and video games for young gamers and their families.

TT games is well known for their LEGO Video Games. TT Games holds the worldwide rights to develop LEGO video games. So far they have produced seventeen LEGO video games and all of them have been successful up to date. TT games is the only LEGO video game developers to release so many games on almost all the current consoles in the market.

TT games has created several popular LEGO games, all that incorporate a same type of gameplay, although each game receives something brand new. All the games, with an exception of LEGO Rock Band and LEGO Battles, feature a hub world, where you can walk around, buy things, view the characters you have bought and mini kits, and select which level you will enter. Once you enter a level, the gameplay is a combination of beat'em up and puzzle solving gameplay. Your character can never die permanenly, instead you will simply lose money after getting hit too many times. Humorous cut-scenes play at the beginning, end, and sometimes the middle of levels. The games are considered family friendly.

Each game to date has contributed to the series with a new option, which is usually present in the next LEGO game. In LEGO Star Wars II: The Original Trilogy, melee combat, building objects with your hands, riding animals and driving vehicles, pushing objects, pulling down levers and the ability to create your own characters was added. In LEGO Indiana Jones: The Original Adventures, a whip function was created, along with the ability to pick up weapons. The function featured in Indiana Jones did not meet it's way into LEGO Batman: The Video Game and vice-versa. In LEGO Batman, you can change power suits, target people with your batarang, and perform new actions which are made possible through the power suits. In LEGO Indiana Jones 2: The Adventure Continues, a split-screen co-op feature was added along with a new Level creator.

LEGO Rock Band has no fighting or puzzle solving, and simply asks you to play music by tapping the correct buttons on the plastic music peripherals that come with all the games in the Rock Band series. LEGO Battles is a strategy Battle game where you control armies in order to win. BIONICLE Heroes is a third-person shooter video game, with the same gameplay characteristics as the other LEGO video games.