Included with several Pirates Of the Caribbean sets are codes which are used online on the LEGO Pirates of the Caribbean page. These codes are very special and can only be used a total of three times. The cards with the codes are only in the five On Stranger Tides sets. 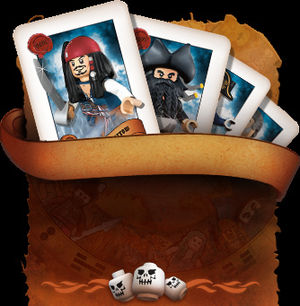 A picture of several codes.