On a Sunday afternoon in 1924, while Ole and Kirstine were napping, Karl Georg Kirk Christiansen (then 5 years old) and Godtfred Kirk Christiansen were playing in the shop and set fire to some wood shavings with a glue smelter. The shop and the house burned to the ground. Undaunted, Ole had an architect draw up plans and built a new, larger building. The new building was much larger than he could afford so Ole and his family lived in a single apartment next to the shop in the back and rented the other rooms out. The building, which would be known for its large dormer and two lions flanking the front door, is now part of the LEGO Group and is one of only a few of Ole’s buildings that still exist. 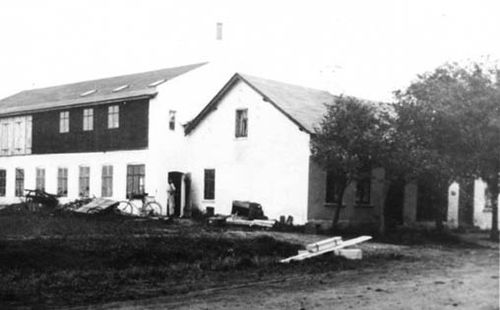 The Great Depression reached Denmark in 1930 agriculture was the first sector to be hit and the effect was devastating for the farmers around Billund. As orders for new work dwindled Ole struggled to survive.With virtually no new construction work Ole turned to making small household items that he thought the farmers could afford, such as trestle ladders, step ladders, ironing boards, stools, Christmas tree stands and small toys. In the middle of the Great Depression, Ole continues to make small household items and Wood Toys. The same year Godtfred Kirk Christiansen begins working with his father in the business.They started making more wooden toys. Lots of toys: the 1932 price list shows no less than 28 different designs.Ole’s first wood toys were large and simple in construction. His first designs included mostly vehicles, ferries, airplanes and buses, such as the massive 6 Hjul Rutebil (6-wheeled bus). Although simple in design the toys were finished impeccably and built with the same quality that Ole made furniture. Wood, typically birch, was brought in from the forest and air-dried for two years then kiln-dried for three weeks. The assembled toys were sealed, sanded, primed and finished with three coats of paint. Later in 1932 Kirstine died, leaving Ole to raise their four sons alone.

1934 — With toys now the primary focus of the business, Ole holds a contest for a new name. He chooses his own entry: LEGO. The next series of designs, from around 1935, included a number of animal models, including the classic pull-along LEGO Duck.These designs were more complex and often required jig work from a pattern; a pattern that Ole would carefully draft himself. The animal models, which were produced until 1958.Over time Ole expanded the range with more, and more complex, wooden designs. By the 1950’s LEGO was producing so many different Wooden Toys that today it would be difficult for even the LEGO Group to catalog them all. In addition to the many car, truck and animal models there are also examples of sail boats, tractors, cranes, farm implements, coat hangers, doll buggies, sewing machines, bagatelle games, traditional wooden blocks, chalkboards, board games, and an abacus.

1940 — World War II Germany invades Denmark and Norway in Operation Weserübung. For the next five years Denmark would be under German occupation.

In 1942, on the night of March 22nd a short circuit caused an electrical fire and the LEGO factory and warehouse burned down. As before, Ole rebuilds and carries on. He took out several loans and built a new, larger 2300 m2 building on the same grounds as the old workshop. It was the company’s first factory designed for assembly line production. By 1944 LEGO had 40 employees.

1947 Kiddicraft
Hilary Fisher Page begins marketing the Kiddicraft Self-Locking Building Brick in England. It was the forerunner of the LEGO brick. Around the end of the war Godtfred married Dana, the daughter of a cheesemaker from a neighboring village, and they started a family. Gunhild Kirk Johansen nee Kristiansen was born in 1946, Kjeld Kirk Kristiansen in December 1947 and Hanne Kristiansen in 1949.

In 1947 he was visited by a salesman from Hull who represented a British machine-tool company trying to find new markets for their injection molding equipment. Against the advice of those around him, he bought one of the machines. The new machine cost 30,000 DKK, more than twice the previous year's profits.Along with the new machine Ole received several sample parts showing its capabilities. Among these were samples of a toy brick made by Injection Moulders, Ltd, of London. It was Hilary Fisher Page’s Kiddicraft brick.
"With the cooperation of a tooling works in Copenhagen, we modified the design of the brick, and moulds were made. The modifications in relation to the Kiddicraft bricks included straightening round corners and converting inches to cm and mm, which altered the size of the brick by approx. 0.1 mm in relation to the Kiddicraft brick. The studs on the bricks were also flattened on top." (Godtfred Kirk Christiansen).[1]

1949: After two years of development LEGO produces it's first plastic toys. Among these is a plastic brick named the Automatic Binding Brick.

By the late 1940s all of Ole Kirk Christiansen sons were working in the factory. 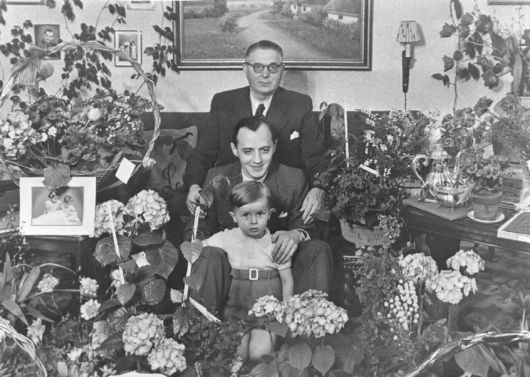 In 1951 Ole suffers a stroke, beginning the decline in his health. Sales of both the wooden and plastic toys continued to go well and in 1952 Ole decided to expand the factory, an expansion much larger than what was needed. Godtfred protested the new expansion. After all, they had just paid off the 1942 factory and didn’t need to go right back into debt, but Ole simply said "I’ll decide what's to be built - your job is to raise the money!" The final cost of the expansion was 350,000 DKK


In March, 1958, Ole Kirk Christiansen and his son Godtfred is named the new director.

On 4 February 1960, the LEGO department for wooden toy production was struck by lightning and burned down. After much consideration, it was decided to discontinue production of wooden toys and to concentrate solely on plastic toys. As a result, two of the brothers; Karl Georg and Gerhardt decided to leave the LEGO company and start their own separate business, Bilofix.

Ole Kirk's grandson Kjeld Kirk Kristiansen is the current vice chairman of the board of LEGO. He was chief executive from 1979 until 2004, when Jørgen Vig Knudstorp, a former McKinsey consultant, became the new Chairman of the Board. 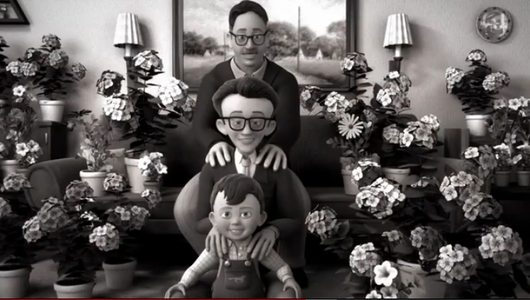