Belville is a theme that was created to appeal primarily to girls. It was introduced in 1994, and discontinued in November 2009. Though the theme itself revolved around system, it had doll-like figures called Belville Figures instead of regular LEGO minifigures.

Belville sets are made up of System parts, but used larger figures than conventional minifigures, called Belville Figures, that have multiple joints. 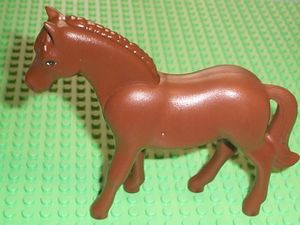 Early Belville sets were packaged under the LEGO System boycott. This was stopped in 1999. Sets in the theme contain pieces specially made for Belville and that later appeared in some normal LEGO sets. Many bricks also have unique features such as embedded glitter. The sets include larger pieces, often in a pink and purple colour scheme, and depict scenes from fairy tales and fantasy, as well as everyday life. Belville also made a lot of animals that are exclusive to the theme, for a while although their eyes were changed and put into other themes later, such as the cat. 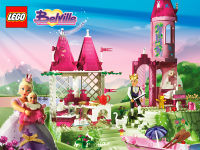