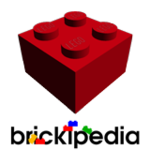 Yeah, silly Americans think that their English is the best... when in reality a minority of anglos worldwide speak it :P Ajraddatz (talk) 16:52, 15 February 2014 (UTC)

Every time I go to do something at Wikidata someone has already beaten me to it. I think most of my contribs there are rather pathetic lol. --ToaMeiko (talk) 16:50, 15 February 2014 (UTC)

Hello Ajr! :D Glad to be back, though it won't be as frequent. I will be making my userpage much nicer in the coming week(s). Great to hear from ya'. :D Klagoer (talk)

Thanks for the rights. I'm not sure how much I'll use them, but they will be helpful whenever I edit. But I'm not going to edit at such a hectic pace as before. Agent Charge (talk) 05:46, 18 February 2014 (UTC)

Ajraddatz, I'm Brian from Brickwiki.info. While BrickWiki still isn't around to a merger, I did just inherit the greatballcontraption.com domain, and I think Brickimedia would be a great host for it. The great ball contraption community has a pent-up need for things like

YES YES YES YES YES. This would be very much appreciated at Brickimedia in my opinion. It would also be a good way to get Brickimedia out in the LEGO community offline as well, since the GBC community is present at almost every major fan convention. +1 on this idea from me. --ToaMeiko (talk) 01:36, 9 January 2015 (UTC)

I think we could make some server space for it :-). I'm not very familiar with the GBC community, so it would be better if someone else figured out what needed to be done to make it work, but it sounds like a great idea. You could retain ownership over the domain and gain access to our servers for development as well if that interests you. Ajraddatz (talk) 02:04, 9 January 2015 (UTC)

I'd like to consult the technical department to see if GBC could be on our MediaWiki installation used by all our wikis but be located on Brian's domain rather than ours. It should be possible, I'd imagine. That way everything's still running on the same single MediaWiki installation as if GBC was another wiki, but with its own domain. --ToaMeiko (talk) 02:09, 9 January 2015 (UTC)

As discussed, this is easily possible. UltrasonicNXT (talk)

That would be the ideal configuration. Sorry about starting two conversations. It was a combination of my spam filter and my impatience.ALittleSlow (talk) 02:22, 15 January 2015 (UTC)

Bricky just deleted a whole bunch of crap, can someone get it back?

Poor UK. Welcome to the mess of regional politics that is Canada! My favourite is Northern Ireland, which seems to just do whatever it wants. Ajraddatz (talk) 20:42, 9 February 2015 (UTC)

RE: Why did you rollback this edit?[edit]

Yeah, I know it's for vandalism, but I was on my phone in a hurry. Nova and I have been undoing his recent edits because they are in violation of our BP:NOT policy. I figured because we had said so in an earlier edit summary I could just hit rollback, but if you want me to write it in next time I can. BrikkyyTalk 23:47, 10 March 2015 (UTC)

Hi Ajraddatz, I'm still awaiting your review of 31034 Future Flyer that you requested to be sent. This is just a reminder in case you have forgotten. Thanks, ToaMeiko (talk) 16:45, 28 April 2015 (UTC)

This is my first time on a user talk page, so I hope this is the right place to put this.

Last year, I won a Mirkwood Elf Army set from the "2014 Comic-Con Contest", but I never received it. Do you know who I should contact to claim my prize? —Unsigned comment by Lancethecat (talk • contribs).

On our budget records, that order was cancelled. I must have been told not to order it at some point for some reason. Perhaps I never received shipping information from you? If you can email me your name, mailing address, and a valid phone number for the shipping company to reach you at if necessary, I can order the set for you if it is still available, and if not we can order a set of equivalent value of your choice. --ToaMeiko (talk) 18:26, 17 August 2015 (UTC)

It was just a notification to get you to check http://admin.brickimedia.org/wiki/Bricki:Discussion#Important_note.21 :P Soupperson1 Friends are Forever! <3

I apologize, George Barnick has already told me on chat and I will refrain from any further actions that count as a local wiki-administrative action. Codynguyen1116 (talk) 07:24, 15 March 2016 (UTC)

Please note that user talk or Customs talk pages will not be imported by default, if you wish to keep any of these, please either copy them over here, or let me know in the next day or so before the Customs Wiki is permanently removed so they can be imported. Thanks, NovaHawk 03:32, 13 May 2016 (UTC) 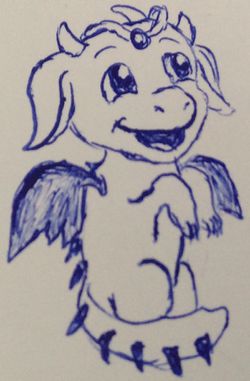 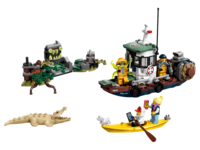 70419 Wrecked Shrimp Boat is a part of the first wave of Hidden Side sets, released on August 1, 2019. The set features heroes heroes Jack Davids, Parker L. Jackson and ghost dog Spencer on a kayak alongside Captain Jones and Jones Jr. on their shrimp boat. Also included is a small ghostly island and the legendary albino alligator. Like all Hidden Side sets, using the Hidden Side app on a tablet or mobile device with the set unlocks a hidden world with mysteries to solve and ghosts to defeat.