This is an official policy on Brickipedia that deals with sockpuppetry.

Sockpuppetry refers to a user creating multiple accounts and using them on the same wiki for the purposes of disrupting the community. They can be used for "ballot stuffing" on straw polls (such as BOTM) and for block evasion.

The creation of multiple accounts for disruptive purposes is strictly forbidden. Sockpuppetry usually results in an indefinite block on the user; in most cases, the offender's IP address is blocked to make further account creation more difficult. 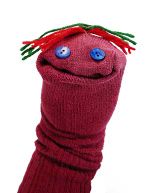 There are many reasons why a user would create an additional account for benign purposes. Some examples:

In most cases, if you have an additional account or accounts, then you should make that information public to prevent suspicion. You are under no obligation to do so, however, unless asked to as part of an ongoing sockpuppet investigation. In general, use common sense and only make another account if you feel you need to.