Hi, I'm Soup, one of the many dedicated editors here at Brickipedia. I'm also an admin! So if you have a problem, any questions or just need assistance feel free to leave a message on my talk, User_talk:Soupperson1. I am a huge fan of LEGO, you can see my favorite themes in my userbox.

I didn't really collect LEGO until I was seven-eight, yes there was sets here and there but not much. I was always big into the LEGO video games as a kid, it was probably my favorite video game franchise at the time. Those games got me into classic movies like Star Wars, Indiana Jones and eventually it got me into the toy itself. In 2008 I started buying Indiana Jones and SpongeBob Squarepants sets. Later, Power Miners and Alantis both sparked my interest and I collected a good few sets from those two themes. I became a serious LEGO collector in 2011 when the Harry Potter theme came back and I bought most of those sets. I liked Ninjago's '11 wave too and bought a few sets, but I steered away from the theme after its first year until the summer of 2015 when I frlt the sets became good again. DC was a big thing for me and I became a hard core LEGO fan after that was announced. It was my favorite theme until this other certain one came out...

Yes, Friends is why I'm still here. Friends is my theme, it's what I think of when people say LEGO. It's crazy to think I pushed it off for so long but when I started to get sets, I was hooked.

Feel free to ask me more!

A closer look at my avatar! 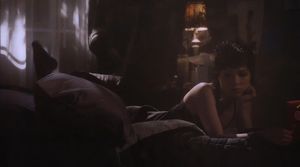 My favourite quotes by other users!